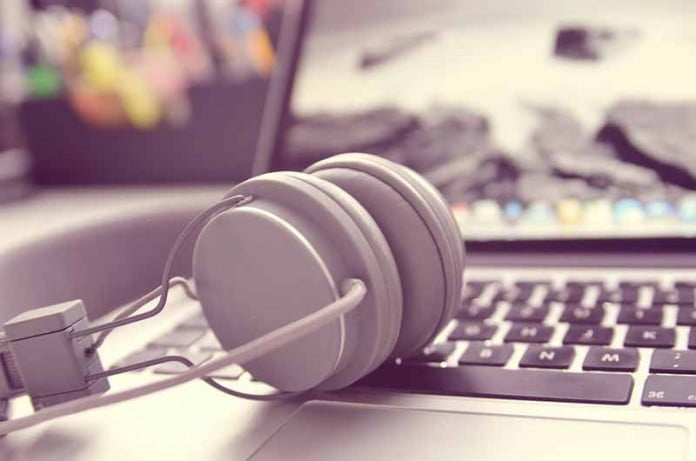 It all started out as a small market; “Root access web hosting”, “Get a dedicated server at a fraction of the costs of a real one”, “Virtual dedicated servers on sale!”. The calls went out, and people began to stop, take a look, and move on. But the calls got louder, the benefits began to get explained better. The deals got better. And then, those same people, began to ask questions.

The answers to those questions were from one extreme to another. Then, slowly, steadily, the lines began to blur, and things got clearer. However, as they got clearer, they also got a little more confusing. There was Xen, OpenVZ, KVM. Then, the control panels: SolusVM, Virtualizor, Cloudmin. As if things weren’t already confusing enough with choosing from the above, then there was the swap memory, cpu cores, CPU %,

Choosing a VPS provider is a mission and a half. It’s not a simple choice anymore. It’s not about how much ram and hard drive space you get anymore. But, who causes this confusion? Web hosting providers, and that is the truth. While trying to keep profit margins healthy enough to run a business, providers began to really throw in some ham and bacon into the equation. This caused shopping for VPS hosting to become like trying to buy a car on eBay while looking at its images with amazing photoshop work done.

What exactly is a VPS, in english please? How does it benefit me. What can I do with it that I can’t do with a cpanel and WHM resellers account. And PLEASE, tell me, what in the world are all of those VPS spec’s for?

A VPS is in fact, like a dedicated server in many ways, but it also depends on who and where you get this VPS from. In order to clearly explain this though, I have to start at the bottom: with the different virtualization technologies available that run the backend of your VPS.

OpenVZ (and I know many web hosting providers will disagree and jump on my case) is in many ways just a supe’d up resellers account. You don’t get any real dedicated resources, everything on the VPS is shared, and in reality you’re just on one big shared environment. Depending on your web hosting provider, you will also only get a certain percentage of a CPU assigned to your VPS, along with a bunch of the other bacon that’s detailed in their plans. Although not all web hosting providers oversell, you are still on a big server sharing resources with everyone else who has access to that same ram and hard drive space. This is why as we continued to grow and offer quality web hosting services, we did away with OpenVZ all together, and focused on offering just plain ole quality.

Xen is a very good technology that is beginning to fade away, although there are still a very good amount of fans that prefer to use Xen since they have not gotten use to KVM, which is superior to XEN in every way.

And then, there is KVM. KVM VPS systems are fully virtualized. This means, the hard drive space is not shared with anyone else and can not be resold or reused by anyone else on the server. So, if you’re given 30GB of hard drive space, you you can upload and use the entire 30GB with no problems. You won’t run into HD space issues in anyway. The memory is also yours and dedicated to you. CPU cores, I’ve been waiting for this part: They are 100% available to you; You don;t have to worry about only being given 800Mhz of a 2GHZ cpu. If you are assigned 4 CPU Cores, 8 CPU Cores, you can trust that you have access to 100% of that CPU Core. This makes a very, very big different in your web hosting experience. Having a limit to the amount of a CPU core is like being given a car that only allows you to go 50 MPH on a 70 MPH highway. If you own a car, you want to be able to use your car, the way YOU want to use it. And that’s where this next subject comes in:

With OpenVZ, you can not install Windows, or Ubuntu GUI, or any other operating system that has a graphical interface because non of the resources are truly dedicated to you, which is required for these OS’s. They also require the availability of using their own kernel, not sharing everyone elses. On a KVM system, you can install Windows and login with no problems. You can create a gameserver on it, and have no worries about running into the problems you would on a OpenVZ that limits your CPU usage, and many other things.

Now you understand why there’s more profit for a provider selling OpenVZ systems, as oppose to KVM VPS systems. Because on a OpenVZ system, they can promise you 30GB. But if you only use 10GB, they can effectively resell the unused space to another customer on the same server. And if, that plan backfires on them, they can kick you off, order an additional hard drive for their server to fulfill your needs, or ignore the problem and hope that doing some cleanup on the individual VM’s will free up some space. With KVM, once we have assigned you your hard drive space, there’s no overselling; It’s been allocated to you, and that’s the end of the story. Because 100% virtualization means exactly that: 100% virtualization.

Now, to make things clear, there are many, many providers out there that provde a very good service and use OpenVZ technology. The technology itself is not the problem, it is the web host behind it and how they manage the server. However, me being me, when I order something, I like to know that it’s all mine, and that I can do as I please with it. That I have the freedom, performance, and power to use my resources with no problems. If I pay for 30GB, I want to know it’s been almost physically allocated to me. Those clusters, I want them to belong to ME. Then again, everyone is different.

Now the control panels behind the VPS hosting plans. Some prefer SolusVM, others prefer Virtualizor. And then, you have the occasional Cloudmin fan. I personally have 100% respect for the virtualmin team and what they have done with their software. I love their Virtualmin, Webmin, and Cloudmin software. It amazes me that they can provide software like that for free of charge.

I have never been a fan of SolusVM. I believe they are very very good when it comes to OpenVZ systems, but they lack the control and features for KVM systems. In this arena, Virtualizor is the clear winner. They have an excellent support team, they care about their software, and have done some amazing work with their XEN and KVM control panel software.

With a VPS, you can install cPanel/WHM the way that YOU want, without worrying about certain configuration limitations. If you want your clients to be able to send 1500 emails per hour, you can set the system up that way. If you want to install cloudlinux, cagefs, betterlinux, you can do that. When you have a VPS, you can change and use it the way you want. If you rather install a free control panel, you can do that and save yourself the costs of a cPanel license as well.

One of the big things that people get a VPS for, aside from being able to control their entire environment, is to install Python, Django, Flask, and other python related frameworks on their VPS and have full access to it. On a shared environment, it’s a little harder to get all of that control and access. On a VPS, you have all the access you need for that, and a range of other programs. And as you know, here at Webhostpython, we LOVE to work with Python and would be more than happy to set the environment up for you, free of charge of course just for being a valued customer of ours.

Well, I hope this blog helps you understand the differences in the technologies behind a VPS, what the benefits are in having a VPS, and how making a clear choice is easier when you cut the bacon out, and go with a provider who offers the real deal in virtualization: A KVM based VPS that you don’t have to guess features for. Thank you!

How to setup your django environment with our one-click system?

Convert an Addon Domain to its Own cPanel

How to enable and access phpMyAdmin using our Python/Django CP

How To Setup Your Own Name Servers With ISPConfig 3

How to create a CGI-based redirect page in Perl

How To Setup Your Own Name Servers With ISPConfig 3