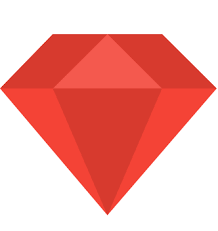 One way to create a String is to use single or double quotes inside a Ruby program to create what is called a string literal. We’ve already done this with our “hello world” program. A quick update to our code shows the use of both single and double quotes.

So what difference is there between single quotes and double quotes in Ruby? In the above code, there’s no difference. However, consider the following code:

Except for these two escape sequences, everything else between single quotes is treated literally.

Double quotes allow for many more escape sequences than single quotes. They also allow you to embed variables or Ruby code inside of a string literal – this is commonly referred to asinterpolation.

Below are some of the more common escape sequences that can appear inside of double quotes.

Try out this example code to better understand escape sequences.

Notice that the newline escape sequence (in the last line of code) simply starts a new line.

The bell character, produced by escape code \a, is considered a control character. It does not represent a letter of the alphabet, a punctuation mark, or any other written symbol. Instead, it instructs the terminal emulator (called a console on Microsoft Windows) to “alert” the user. It is up to the terminal emulator to determine the specifics of how to respond, although a beep is fairly standard. Some terminal emulators will flash briefly.

Run the following Ruby code to check out how your terminal emulator handles the bell character.

We’ve been using the puts function quite a bit to print out text. Whenever puts prints out text, it automatically prints out a newline after the text. For example, try the following code.

In contrast, Ruby’s print function only prints out a newline if you specify one. For example, try out the following code. We include a newline at the end of print‘s argument list so that the shell prompt appears on a new line, after the text.

The following code produces the same output, with all the words run together.

Ruby on Rails – Installing the latest versions on cPanel